Aesthetic and tactile home and office stationery developed for Lexon by the London-based designer Samuel Wilkinson. He says:

“The aim was to create an aesthetic, tactile set of objects that work as well in the office as in the home. Each object had to have its own character and individuality but still look coherent in a group.
We analysed standard variations of each of the objects and their individual functions, then initially created soft forms that were compact, tactile and efficient. The forms were then split by planes rotated along one axis, usually vertically though the centre. The 3d outlines around the shape were then re-skinned to create the final objects. The main inspiration for the forms was rock strata.
The Babylon range is produced in a soft touch matte finish and is made from thick injection moulded ABS for strength and durability”. 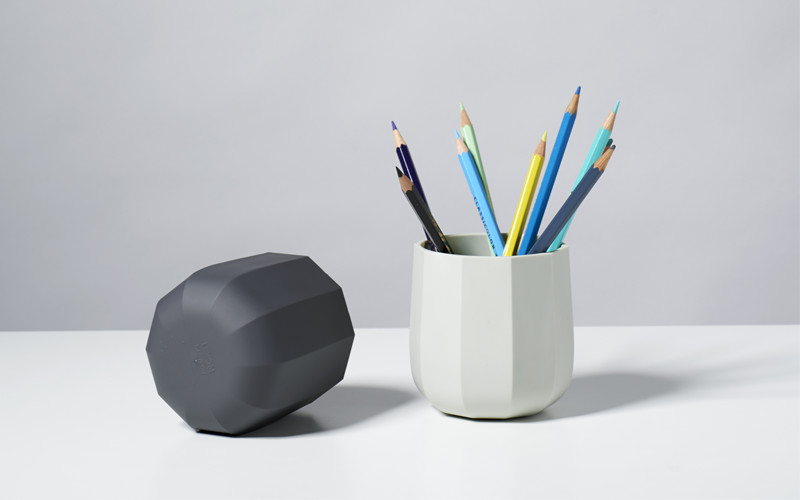